What Can Be Treated by a Holistic Rehab Center?

Addiction is not prejudice, it affects millions of people worldwide. The most commonly known addictions are those to drugs or alcohol, but a wide range of behavioral addictions also exist. Holistic treatment centers utilize basic principles to provide treatment for individuals suffering from addiction to drugs or alcohol as well as to those suffering from various behavioral disorders and mental health issues.

If you or someone you love suffers from addiction, don’t be afraid to seek help. Addiction is always treatable through counseling, medical intervention, and support.

Early detection of an addiction can be key to getting well. Unfortunately, it’s not always easy to spot the signs of addiction in the earliest stages of the disorder. As time progresses, and the addiction becomes more dominant in the individual’s life, the specific signs of the disorder begin to shine through.

Each addiction is characterized by individual signs and symptoms which can vary greatly from one disorder to the next. Certain characteristics tend to appear for all types of addiction such as changes in behavior, mood changes, and a lack of control over the addictive behavior or activity.

If you suspect that someone you love may be suffering from addiction, pay close attention to the following signs which could signify that a real problem is present:

It’s important to realize that addiction does NOT have to involve the use of drugs or alcohol. Behavioral disorders such as pathological gambling, shopping addiction and even work addiction can also create problems for the addict. Pay close attention to the following signs of a behavioral disorder which may require treatment:

Addiction is a serious problem that can be treated. If you believe that someone you love may be suffering from an addiction to drugs or alcohol or from a behavioral disorder such as pathological gambling or a similar problem, there are steps you can take to help.

Consider the following actions to help someone you care about:

Addiction, to drugs or alcohol, as well as behavioral disorders and mental illness require individualized treatment methods as each disorder is very different. Finding a holistic treatment center that can provide essential treatment for your needs is a vital step in the recovery process. Many different holistic treatment centers provide addiction services to assist in the safe detox, rehabilitation and long-term healing of those in need.

According to the National Council on Alcoholism and Drug Dependence, an estimated 17.6 million people suffer from alcohol abuse or alcoholism. Millions more engage in risky, binge drinking patterns of alcohol abuse which could lead to alcohol addiction or other serious problems. Alcohol use disorders affect an estimated 7.2 percent of the United States population ages 18 and older according to the National Institute on Alcohol Abuse & Alcoholism.

Alcoholics suffer from extensive cravings to consume alcohol. They often experience serious side effects when they stop drinking. Their behavior can be erratic and out of control both while under the influence of alcohol and while craving the substance. Persistent cravings and serious symptoms of withdrawal will lead to behavior that is uncharacteristic for the individual and possibly even unsafe for others.

Even relatively mild symptoms that you don’t really view as a problem could signal trouble when alcohol is involved. According to Rethinking Drinking, “if heavy drinking continues, the over time, the number and severity of symptoms can grow and add up to an alcohol use disorder.” Such disorders are diagnosed by doctors when an individual’s drinking begins to cause stress or harm to himself or others.

Once addicted, an individual may “try” to cut back or to reduce habits of drinking, but the desire to scale back is overcome by the urge and uncontrollable behaviors of the addiction. The alcoholic may commit to only drinking a few drinks a day, but the commitment to change is quickly overcome by the craving to use. Most individuals who suffer from an alcohol use disorder (AUD) are unable to quit on their own and require treatment.

According to the National Institute on Alcohol Abuse and Alcoholism, alcohol abuse and subsequent alcoholism can be characterized by the following stages:

Drug addiction affects millions of people worldwide. Addiction is an epidemic of great proportions that continues to cause widespread concern for law enforcement, health professionals and communities throughout the United States as well as around the world. Drug addiction affects individuals who use illicit street drugs such as cocaine, heroin or methamphetamine as well as those who abuse prescription medications such as Oxycontin or Hydrocodone.

Serious side effects can occur when drug addiction is present. Injury, overdose and even death is possible for the individuals who abuse drugs. If you suspect that someone you care about may be abusing prescription drugs or an illicit drug such as heroin, seek help immediately. Holistic rehab centers treat a wide range of addictions through safe holistic practices such as animal therapy and meditation.

Every case of drug addiction features a unique set of signs that signal a potential problem. Used in excess, any drug, even over-the-counter medications and prescriptions can lead to serious consequences including health problems, overdose or death.

The use of illicit drugs requires extensive treatment including detox and rehabilitation such as counseling and therapy for most patients. Without counseling, the potential to relapse is high and the likelihood of further consequences resulting from changes in tolerance levels following a period of abstinence can also increase.

Rehab centers throughout the country have seen widespread increases in the number of admissions associated with prescription drug addiction. Often times, people mistakenly believe that prescription medications are safer than illicit drugs because they are “prescribed by a doctor” and “from the pharmacy.” Unfortunately, this common misconception has led to millions of instances of drug overdose and death in recent years.

Prescription drug addiction is a serious problem. Possible signs of this condition include:

When prescription drug abuse, or drug addiction of any type is present, it’s important to seek help. Certain drugs, especially prescription medications, can have serious side effects associated with withdrawal if the medication is abruptly discontinued. Before attempting to quit or cut back a dose, talk with a treatment professional. Detoxing without professional monitoring and help can be both difficult and potentially dangerous for the user.

Addictions to drugs or alcohol may be treated in a residential setting or an outpatient program depending on the individual needs of the patient.

Substance abuse does not have to be present in order for addiction to be present. Certain behavioral disorders such as shopping addiction, sex addiction and even gambling addiction are just as damaging to the lives of those affected as the use of harmful substances can be. Health problems and life-threatening consequences can arise from behavioral disorders just as these problems arise when a substance abuse problem is present.

According to Mental Health.gov, it is very common for mental health problems and substance use disorders to occur together. This occurs as a result of:

Holistic treatment is common for many behavioral disorders. While each disorder is treated in a different manner, the practices used in a holistic rehab center such as acupuncture and music therapy can be highly beneficial to those in need.

The goal of any holistic treatment program, whether treating a behavioral disorder, or an addiction to drugs or alcohol, is to incorporate various therapeutic approaches that will aid in the reduction of chronic behaviors that otherwise interfere with the individual’s ability to lead a normal life.

Like addiction to drugs or alcohol, behavioral disorders and mental illness such as anxiety and impulse control can be treated. The first step to getting help is to recognize the signs of a potential problem and seek professional treatment. While detox is not a necessary element of behavioral disorder treatment, rehabilitation and aftercare as well as support groups are integral in the recovery and healing process.

At Holistic.org, we can help you find quality, effective treatment for your behavioral disorder. Our holistic providers will work with you utilizing a series of alternative therapies such as acupuncture, hypnosis, or expressionism such as art therapy to aid in your recovery.

Many holistic programs can help to manage a wide range of symptoms associated with behavior disorders. With treatment, you can begin to heal and restore balance into your life both physically and emotionally. 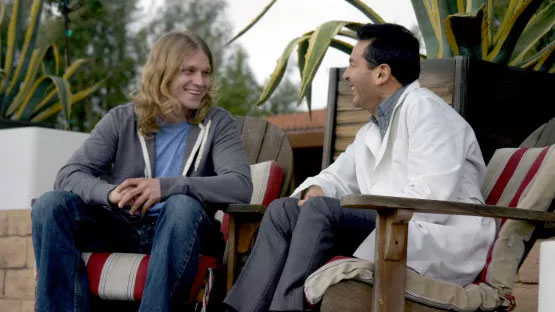