When someone mentions hypnosis, most people picture the classic stage act where a stage magician makes the unsuspecting person do silly things in front of a crowd. In its infancy, hypnosis was thought of as an occult practice used by charlatans and magicians. It was not until 1972 when the Journal of the National Medical Association published the article, “The Use of Hypnosis in the Treatment of Drug Addiction,” that hypnosis as a treatment for drug addiction became popular. In order to make an informed decision about how hypnosis helps addiction, it is important to understand all the aspects of using hypnosis to treat this condition. 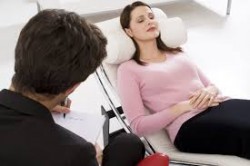 Hypnosis is the act of putting someone into a highly suggestive state of consciousness. This means that when a person is hypnotized, they take suggestion easily and quickly. This allows a therapist or other professional to recommend suggestions directly into a person’s subconscious. This state is also used to recover memories and other thoughts from the subconscious and put them into the conscious mind. This allows a person to access these memories to better deal with them.

There are three main types of hypnosis. These three types are:

Therapists use each of these types of hypnosis to control addiction behavior, withdrawal symptoms, and help the addict avoid relapse. One other technique is similar to hypnosis but not quite the same. This is subliminal messaging. In subliminal messaging there a messages imbedded in either video or sound that the eyes and ears barely catch but the unconscious mind records. Subliminal messaging is not proven to work completely, although with new technologies some types show promise.

Some people avoid hypnosis because of the myths that surround its practice. It is easy to dispel these myths. A few common misconceptions and myths are:

Who Can be Hypnotized and Who Cannot?

Although everyone falls into a state of hypnosis almost daily, not everyone is open to active hypnosis and suggestion. Creative people are generally easier to hypnotize than logical people are. People with an IQ of below 70 are extremely difficult to hypnotize while someone with a high IQ is easier than most, probably due to their creativity and ability to reason. Another factor in the ability to hypnotize someone is his or her level of sensitivity to suggestion. A person who does not want to be hypnotized usually will not be.

It is harder to hypnotize someone who is actively using drugs that impair thinking. This is why a hypnotist waits until the addict is no longer high to attempt therapy. Smoking marijuana however makes you easy to hypnotize while you are high on it.

What Types of Addiction does Hypnosis Treat

Hypnosis treats all types of addiction. The addicts themselves hamper the success of addiction treatment through hypnosis. Hypnosis requires a few things to be successful. These things are:

If all of these things are present, hypnosis can treat addictions to:

Hypnosis is capable of changing behavior as long as there is a desire for change.

How Hypnosis can Help with Addiction

The practice of hypnosis is able to help addiction by changing the addictive behavior, associating new positive behaviors, and help with the symptoms of withdrawal.

Much of the hypnosis preformed today forms new positive connections between feelings. Therefore, instead of the drug producing the positive feelings you crave, another desirable behavior is associated with those feelings. This is how hypnosis works to curb addiction.

Hypnosis can also help with some of the symptoms of withdrawal. There are hypnotic techniques and suggestions for anxiety, nausea, depression, and other withdrawal symptoms. The hypnotist can implant suggestions that help with all of these behaviors.

There are many benefits to hypnosis. It has the penitential to help treat a variety of illnesses and addictions. These illnesses are:

According to the Mayo Clinic, hypnosis can also reduce chronic pain associated with fibromyalgia, and other disorders. There are however some drawbacks to using hypnosis these conditions.

As with any treatment method, there are drawbacks to using hypnosis to treat addiction. These drawbacks are:

These drawbacks are relatively minor compared to other therapies. In most cases the benefits outweigh the drawbacks.

According to the Mayo Clinic, hypnosis with a therapist who is well trained and knowledgeable in the procedures and conditions involved, is very safe. It is only in certain cases of severe trauma and mental illness that hypnosis might be dangerous.

There is one major risk when using hypnosis. There is a reason why the mind blocks out a memory. The mind normally blocks memories that are painful or traumatic. This block is a way from the mind to protect itself from something that it cannot handle. In some hypnosis sessions, particularly those that are designed to recover repressed memories, things that the mind is not ready to handle may surface. This produces feelings of discomfort and can lead to depression and suicidal thoughts.

Despite the risks, hypnosis has a surprising success record for treating cravings and withdrawal symptoms. Many hypnotherapists are well versed in treating addiction disorders with hypnotic suggestions. Compared to other similar holistic therapies hypnosis is well researched and continues to improve. If you are suffering from addiction and are ready for a change hypnosis is a viable treatment for the cravings and many of your withdrawal symptoms. 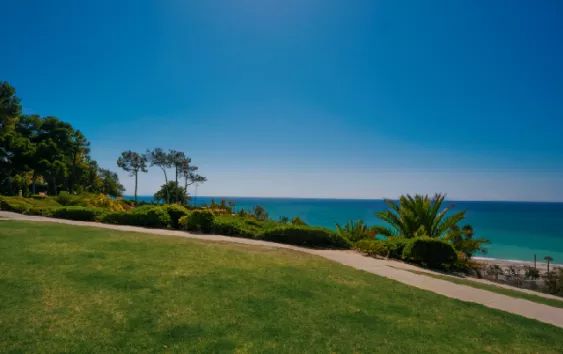